What is a Google Penalty and how to avoid it 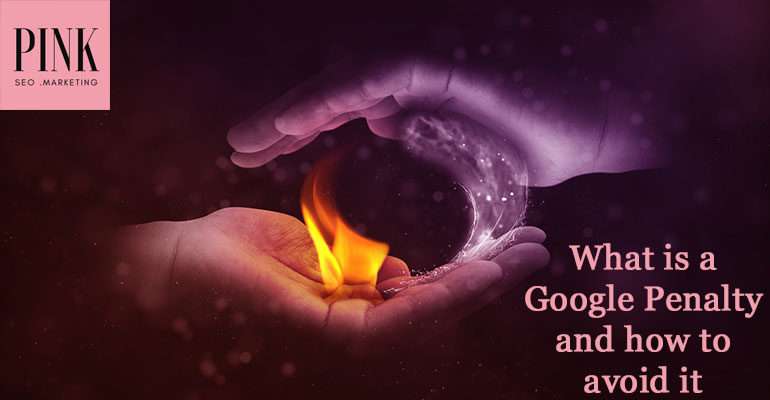 What is a Google Penalty and how to avoid it

Aiming to provide the best results to its users, Google needs to try and get rid of the ones it considers as bad ones, penalising those sites. A Google Penalty is an action made as a consequence of breaking the rules it enforces. It may be the result of a manual action or an update to the algorithm. In this article, we will see all of these cases, and how to deal with them.

Is it a Google Penalty or an algorithmic change?

Google can be such a vital source of business opportunities for our websites, that we really cannot afford to ignore the rules behind it. Knowing them will help us avoid to be hit by any Google penalty, but can also give a big advantage in ranking our site better than others who don’t.

Some of the themes may seem very technical, but we will do our best to explain them in the easiest way, as always. For about 15 years, Google has been refining its algorithm. Every year, its changes happen around 500–600 times. Most of these are minor changes, but some of the major ones are truly part of the history of SEO. Here‘s the history of its changes.

The most famous major updates that can lead to a Google Penalty are:

These updates are not one-offs. They are valid and reinforced year after year to keep up with the rules and to make sure Google users will remain always more and more satisfied with their results.

What is a Google Penalty as a result of a manual action?

Further to the algorithmic updates, there also are hundreds of thousands of manual actions that Google takes every year.

When it happens, you will receive the worst message you would ever want to receive as a webmaster or SEO. You will be notified on your  Google Search Console that a manual action that has been placed on your website.

The main reasons for manual actions are:

How to determine if your site is affected by a Google Penalty.

As weird as it may seem, although many websites get punished for “black hat” SEO tactics, most marketers or webmasters do not notice when they have. According to Kissmetrics, only 5% of penalized websites submit a reconsideration request every month to recover their rankings.

If you’re familiar with your Google Webmaster Tools/Search Console and you check it frequently enough, you will never lose any manual action notification.

People generally get worried when the business opportunities driven by their websites drop dramatically and for a long time. In this case, they might get to check their Google Analytics. If they spot a sudden drop in organic traffic, they might ask an SEO Specialist to inspect.

Here’s a little checklist to try and understand  if you might have a Google penalty on your website:

This Google penalty checker can show you which of the major Google penalties hit you and eventually when. If you suspect you might be affected by minimal ones, an SEO Specialist can perform a full Site Audit, track your positions in SERPs, your backlinks and content.

Also, try and acquire knowledge as much as you can: it is the best way to avoid a Google penalty in the first place.

A Google penalty, in fact, can be caused

In conclusion, to avoid a Google penalty:

Let us know in the comments or social networks if you ever suspected you might have been affected by a Google penalty and if you’d like some assistance, do not hesitate to contact us for an assessment!

Sign up to receive new free SEO guides in your inbox


Some of these cookies are essential, while others help us to improve your experience by providing insights into how the site is being used. For more detailed information, please check our
Cookie and Privacy Statement